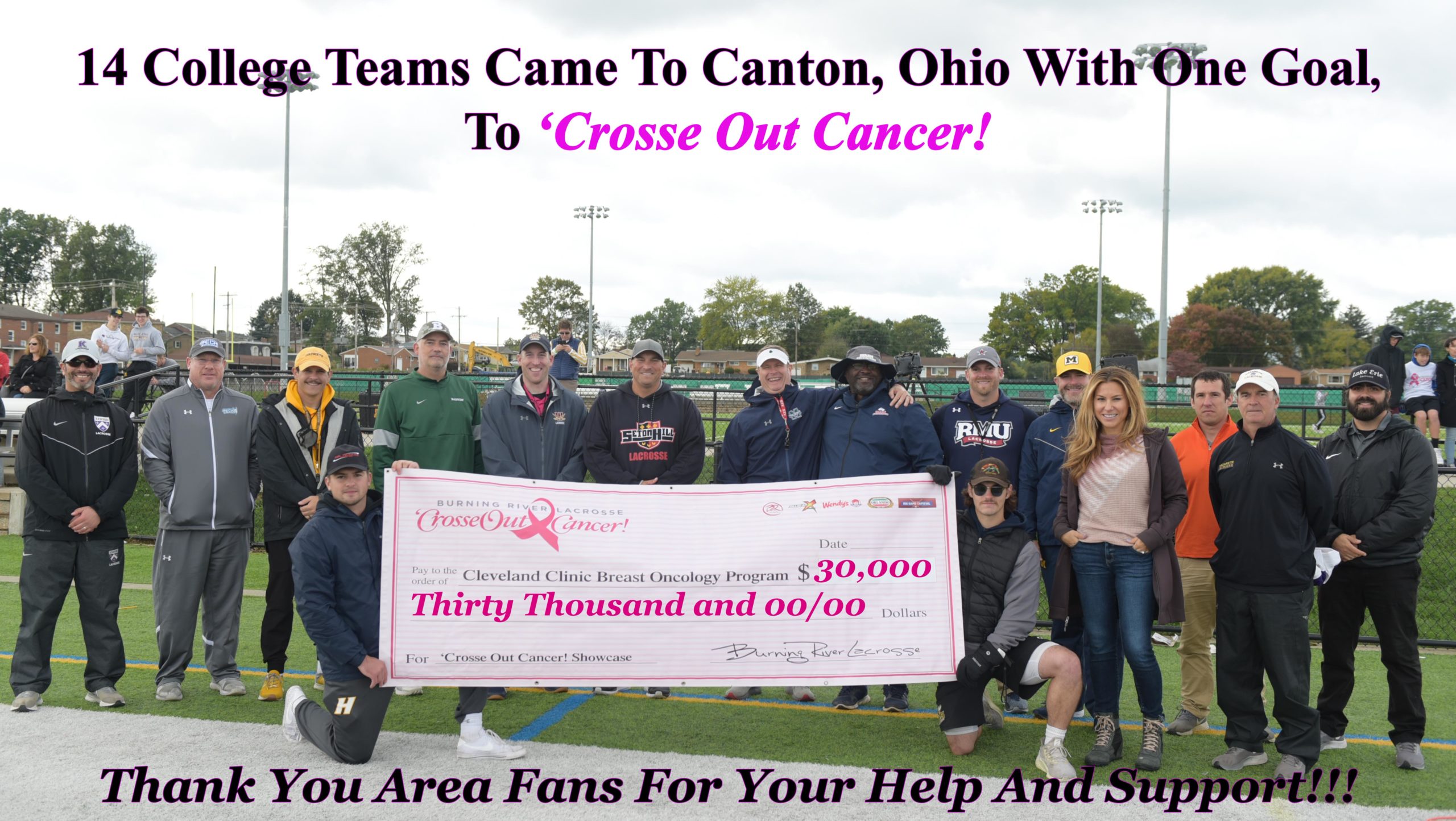 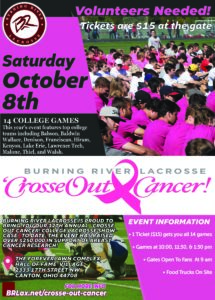 On Saturday October 8, 2022 Burning River Lacrosse is teaming up with The ForeverLawn Sports Complex at Hall of Fame Village, and SweatX, to bring you our 12th Annual Breast 'Crosse Out Cancer! college lacrosse showcase to benefit Breast Cancer Research.

To date, the event has raised over $250,000 in support of Breast Cancer Research!

DOGS -“Burning River Lacrosse loves dogs and we wish you could bring the family pets to reunite with your lacrosse player! Unfortunately facility policy restricts the presence of pets at the complex to service animals only and they ask us to enforce this at the gate. We apologize for any inconvenience this may cause.”

If you have any questions about the 'Crosse Out Cancer! college lacrosse showcase please feel free to contact Woody Calleri at wcalleri@brlax.net or 216-373-5684. 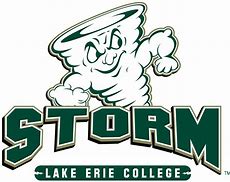 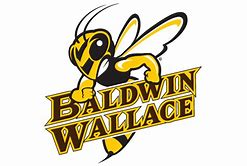 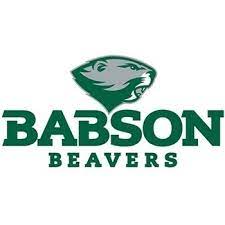 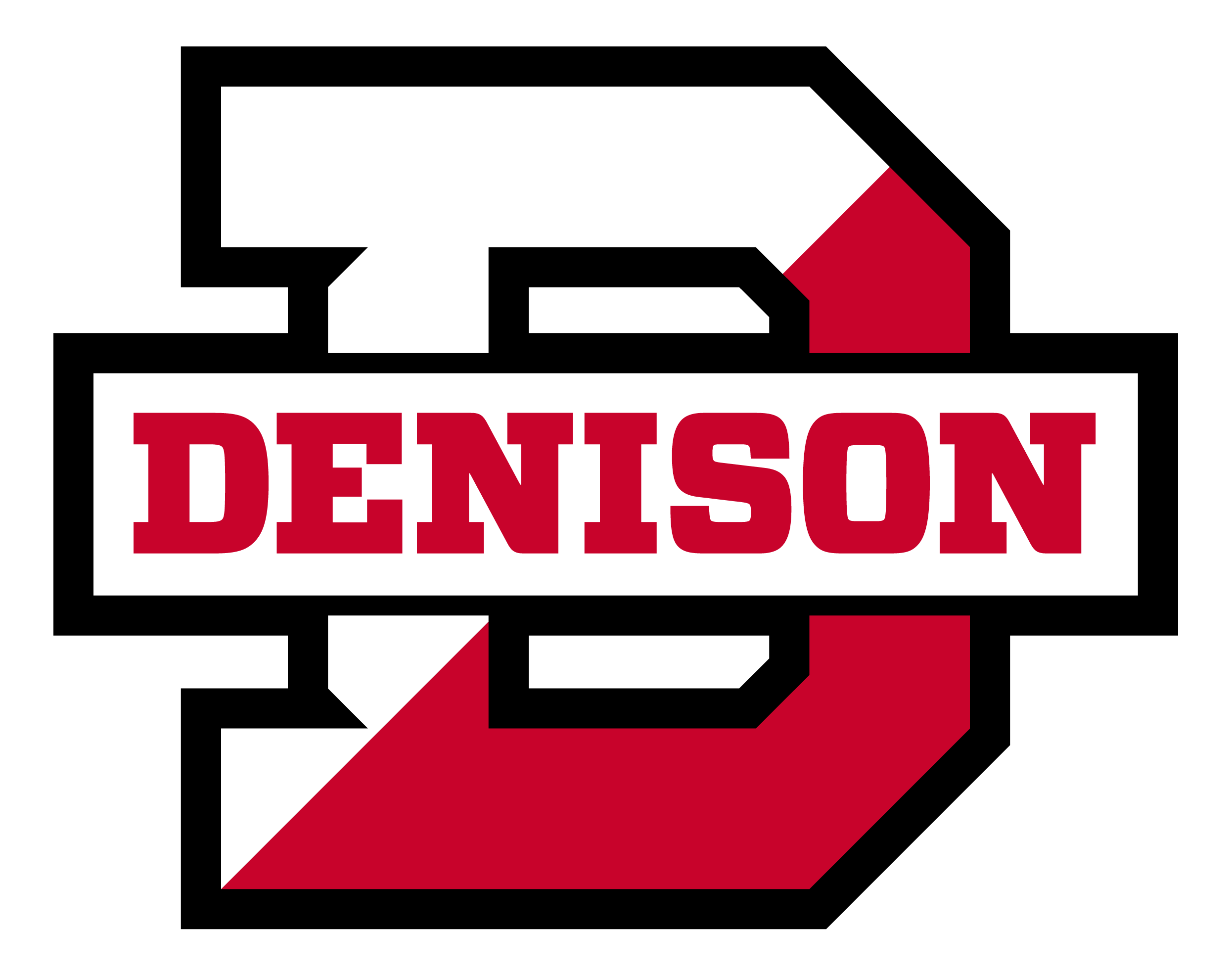 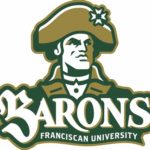 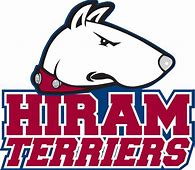 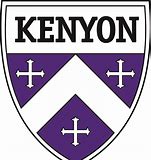 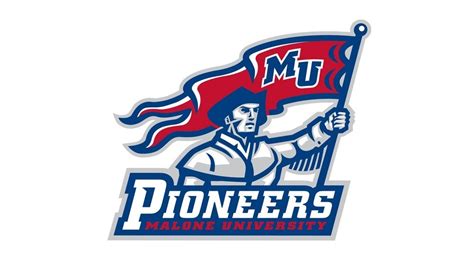 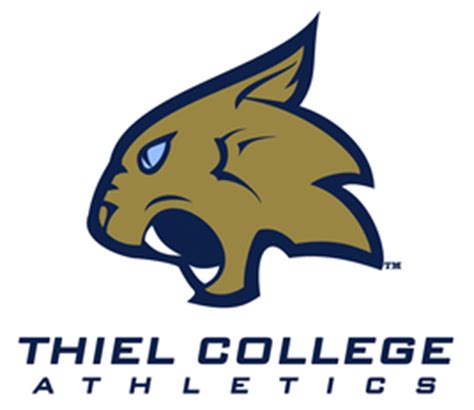 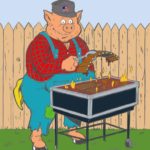 Every year at 'Crosse Out Cancer! we bring in a guest speaker who shares his or her experience with the attendees. We do this to put a personal touch on the event and so that the players, coaches and fans realize that they are helping someone and giving back to the community.  This year's guest speaker will be announced prior to the event. 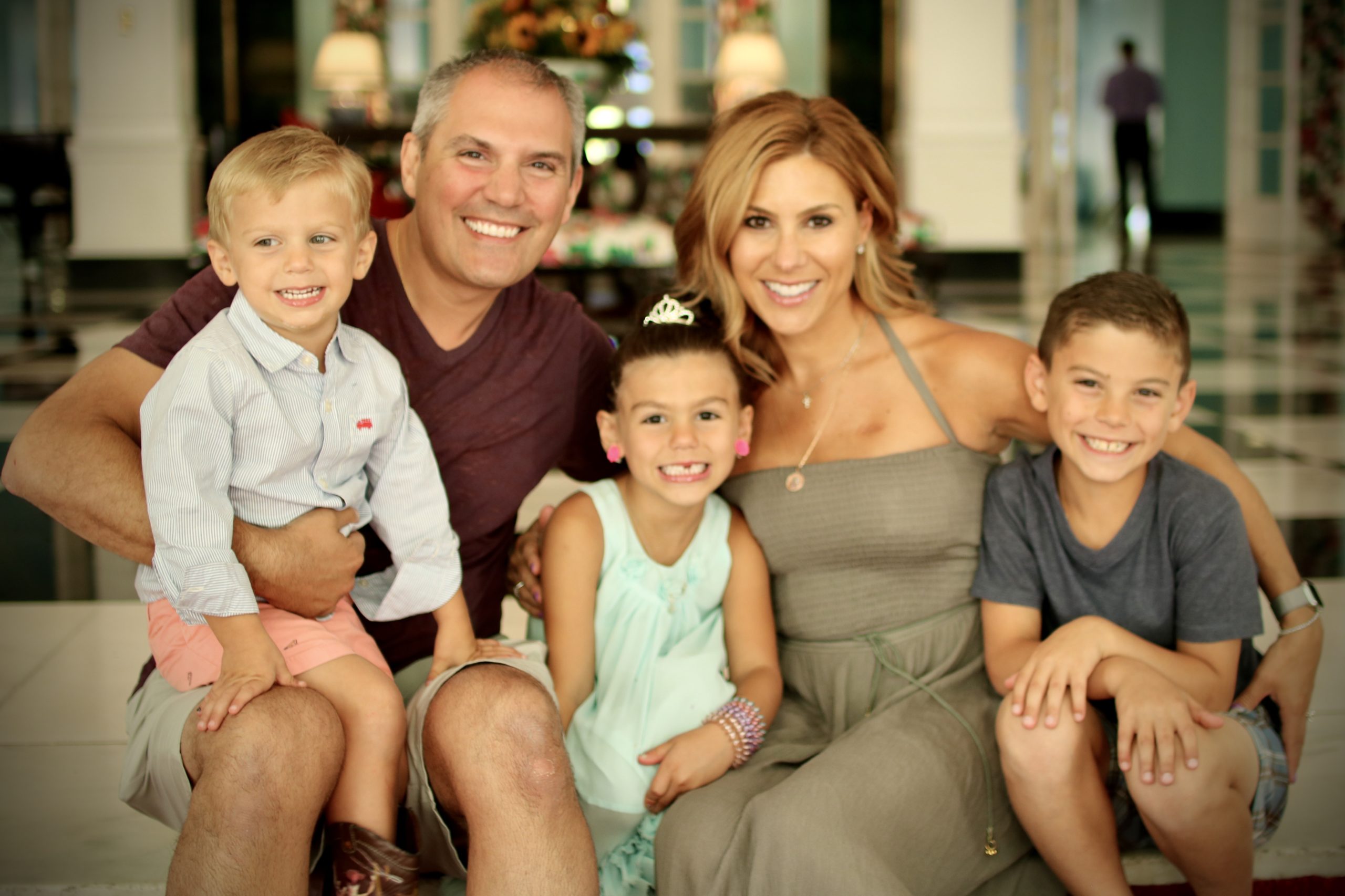 Lia Augoustidis is a mother of 3 highly energetic children, married to her Greek Adonis Alex, a breast cancer survivor, bilingual in English & Sarcasm, and a Steelers fan living on The West Side of Cleveland. Lia is passionate about living your best life after cancer and in helping others live their best life filled with “Kefi”.

For the 2019 event we are thrilled to have Dr. Stephanie A. Valente as our speaker.  Dr. Stephanie A. Valente is the Director of the Breast Surgery Fellowship Program at the Cleveland Clinic and Assistant Professor of Surgery at the Cleveland Clinic Learner College of Medicine and Case Western Reserve University.  She joined the Clinic in 2011 after completing her Surgical Breast Oncology fellowship at the University of Southern California in Los Angeles.

Dr. Valente has a strong interest in advanced surgical techniques including minimally invasive breast surgery, hidden scars, oncoplastic surgery and nipple sparing mastectomy. She also is active in research for development of innovative surgical procedures to prevent lymphedema. She has a passion for treating young women with breast cancer as well as those with genetic andhigh-risk disease.

She is a leader in Intraoperative Radiation Therapy (IORT) serving as 1st author of the TARGIT-R trial, as well as Chairof the Research committee for the TARGIT Collaborative Group for IORT.  She currently serves as President of the Cleveland Surgical Society for 2017-2018 and is an active member of both the American Society of Breast Surgeons and Society of Surgical Oncology. 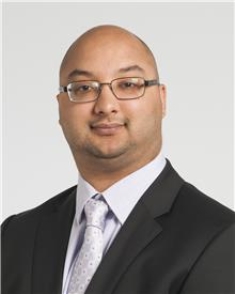 Dr. Chirag Shah is the Director of Breast Radiation Oncology and Director of Clinical Research in the Department of Radiation Oncology at the Cleveland Clinic. Dr. Shah received his Bachelor’s degree from Youngstown State University and his Medical degree from Northeast Ohio Medical University. He completed his internship, and residency at William Beaumont Hospital from 2007 to 2012 and joined the Cleveland Clinic Staff in 2015. Dr. Shah’s primary research interests are breast cancer, sarcoma, prostate cancer, lymphoma, and innovative radiation treatment schedules as well as lymphedema. He has participated in numerous in-house, pharmaceutical and cooperative group trials.

Noah Parker - Click The Photo For A Video Of His Speach

Noah Parker grew up in Denver, Colorado. His mother was diagnosed with breast cancer when he was 5. She beat the first round of cancer and went into remission before passing away after the cancer had come back more aggressively than before. Noah's family doubled in size from his dad, his sister and himself to have three sisters and two parents after his dad remarried. He went to Rock Canyon High School where he earned 7 varsity letters in lacrosse and football and earned all-conference as a goalie his junior and senior years. He was a senior Faceoff Specialist and business economics major at the College of Wooster with aspirations to coach. In July of 2014, Brittany was diagnosed with stage one breast cancer at the age of 24. Upon diagnosis, Brittany began treatment at the Cleveland Clinic which included chemotherapy, surgery, fertility treatments, and reconstruction. Brittany has finished treatment and has been deemed cancer free. In addition to a career in finance, she has since become a group fitness instructor and taken on several advocacy roles at the Cleveland Clinic and other various organizations. Rubenstein's diagnosis came in 2003, when he found a lump. "I was 41," Rubenstein says. "My kids were real little – 12 and 9. I just thought it was this little cyst." Even his doctor thought it was nothing to worry about at first, but tests revealed it was, in fact, cancer.

This doctor called him at home to break the news. Rubenstein, an accountant, went through treatment and surgery, which included a mastectomy. "The tumor was estrogen positive," he recalls, and doctors put him on a five-year course of the drug tamoxifen, essentially the same treatment often used for women.

Despite the shock of the cancer diagnosis, Rubenstein's prognosis looked hopeful. "They told me the odds of recurrence was 100 to one."

As the years went by, he and his wife were hopeful the matter was behind them. Then, nearly 10 years to the day of his original diagnosis, he was told the cancer had come back – this time in his lungs

The last two years have been rugged, with treatments ranging from radiation to various drug therapies. The cancer has since spread to his spleen and lymph nodes, and he has some lesions in two of his vertebrae. "They found a new one in my abdomen, which is very small. We're really hoping this new treatment is working. The last round really knocked me out."Despite setbacks and anxiety of what the next scan might reveal, Rubenstein keeps up his workout regimen and continues to run through his neighborhood, including on the street where he grew up in neighboring Shaker Heights. "The doctors want to keep me physically active as possible."

Rubenstein regularly attends a breast cancer support group at The Gathering Place. He's the only male member of the group with breast cancer but says he finds the its members helpful and supportive. "Unless you've gone through it, you don't quite understand." Sarah Cawley a wife and mother of two little girls, who was undergoing treatment for Stage Two Breast Cancer at the Cleveland Clinic. As an avid runner and otherwise healthy young mom, the diagnosis came as quite a shock. Never losing hope, she continues to fight and is now dedicated to advocating for Breast Cancer awareness.

Dr. Jame Abraham, MD, FACP is the Director of the Breast Medical Oncology Program at the Cleveland Clinic Taussig Cancer Institute and Co-Director of the Multi-disciplinary Breast Cancer Program.  Dr. Abraham earned his medical degree from Calicut Medical College in India and completed his residency at the University Of Connecticut School Of Medicine.  After his residency, Dr. Abraham went on to complete his Fellowship in Medical Oncology at the National Cancer Institute (NCI) of the National Institutes of Health in Bethesda, Maryland.

Dr. Abraham’s research interest is focused on developing new approaches for early detection, diagnosis and more effective targeted therapies for breast cancer while understanding long-term side effects such as “chemo brain”. With the support of two Department of Defense grants, he has developed preclinical, clinical and genomic data regarding serious side effects in patients receiving chemotherapy.  He currently holds two patents; one for risk stratification of patients with breast cancer and another for novel breast cancer imaging.

Prior to joining Cleveland Clinic, Dr. Abraham was the Professor of Medicine and Section Chief of Hematology Oncology at West Virginia University.  He was the first Bonnie Wells Wilson Distinguished Professor and Eminent Scholar in breast cancer research and has been the recipient of several, distinguished awards including: U.S. News Top Doctor, Castle Connolly Medical Ltd, 2010-2012, 2010 Dean’s Award for Excellence in Clinical Medicine by West Virginia University, 2006 Clinician of the Year,  2009 Award from the President of India, 2007 Outstanding Faculty Award by the Department of Medicine of West Virginia University, and 2007 Volunteer of the Year by American Cancer Society. We had Tiffany Baumann Cantelupe speak in 2013. Ms Cantelupe has traveled the world working as a model, actress, and singer. She was born in Medina and is a former Miss Ohio.

In July, 2012, Tiffany felt a lump that was unfamiliar. After 2 weeks of debating, she saw her doctor. Tests revealed she had an aggressive, fast-moving type of cancer that spread to her lymph nodes.

She was 35 years old at the time of her diagnosis and had 2 young children. Tiffany received treatment including a year-long chemotherapy treatment program and surgery. We had Ms. Ellen Perez address our audience in 2011 and again in 2012. Ms. Perez, a mother of a BR player, is a triple negative breast cancer survivor diagnosed at age 37. For those not familiar with those terms it is a particularly lethal form of breast cancer that typically strikes young patients. They call triple negative the triple threat due to the fact that they really can't figure it out yet. We were honored to have her share her story with the event participants.